The History of the Museum Building

The Museum of Fine Arts is located in the building of the former Königsberg Stock Exchange, built in the heart of the pre-war Königsberg, on the bank of the river Pregel, upon the project of the significant German architect H. Müller in 1870-1875. The building is designed in the style of Italian neo-Renaissance with elements of Classicism. Nowadays it is an architectural gem of Kaliningrad region.

The facade of the building is decorated with sculptural works of another famous German author - the sculptor Emil Hundrieser (1846 - 1911). He created a sculptural pair of lions-shield bearers on the main staircase and symbolic sculptural groups of four continents - Europe, Asia, America and Africa for adornment of the Stock Exchange building.

The Stock Exchange was functionally divided into 2 parts inside - the northern one, with the colonnaded gallery, previously there was a roof of glass, and the southern - a large hall intended for holding exchange trades, as well as ceremonies, concerts, art exhibitions. It is known that in July 1917 there was a jubilee exhibition of K. Kollwitz, confided to her 50th birthday. The works of L. Corinth, E. Degas, C. Monet, G. Courbet and other artists were also exhibited there in different years. In the basement there was a post office, telegraph and the restaurant «Börzenkeller», one of the walls of which was decorated with a fresco with a view of the Upper Fish Market in the port of Königsberg created by W. Eisenblätter, who was a famous Königsberg artist and the master of the city landscape. 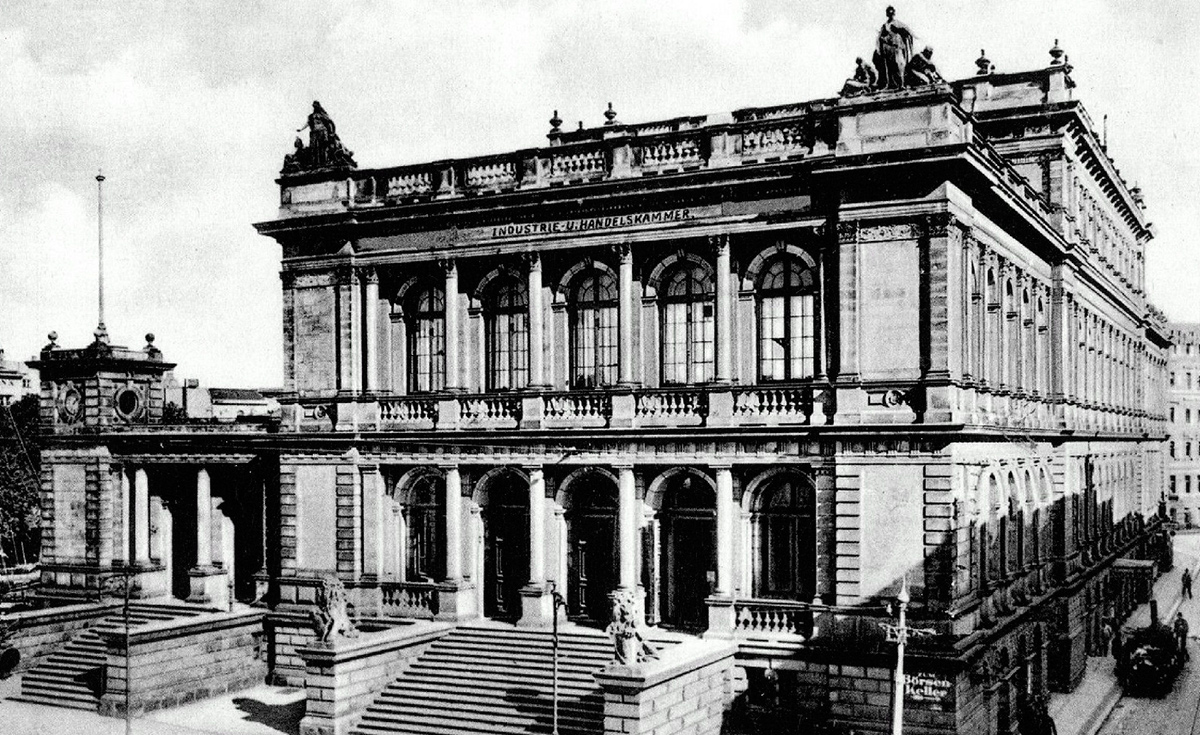 In August 1944, during the aerial bombardment of the city, the Königsberg Stock Exchange was damaged - all the wooden structures of the building were burnt out. In the late 1950s, they created a project for the location of the Museum of Regional Studies. The museum was supposed to open more than 30 exhibition areas, a library, reading and lecture rooms and much more. The project was never implemented.

In 1960 it was agreed to assign the building the status of a monument of architecture of national importance. At the same time, a building of the stock exchange became more than once scenery for films about the war that were shot in the territory of Kaliningrad, that had been still ruined. The Königsberg Stock Exchange was featured in such films as «Fate of a Man» (1959), «Peace to Him Who Enters» (1961), «Father of a Soldier» (1964), «Zhenya, Zhenechka and "Katyusha"» (1967).

In 1967 refurbishment of the Stock Exchange building started. The external appearance of the building was preserved, while the interiors were alternated. In 1973, after the reconstruction of the building, there was opened the Palace of Culture of Seamen. Until 2018 there was located the Regional Centre of Youth Culture. 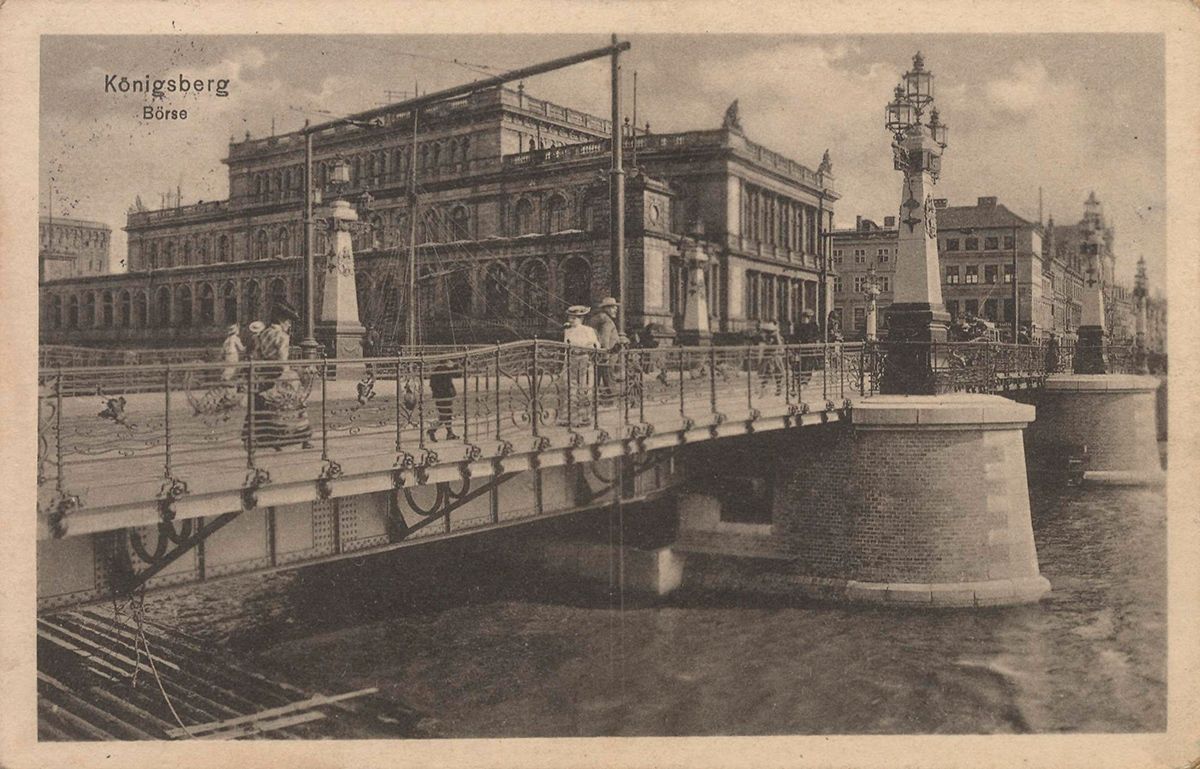 In 2017 it was officially agreed that the Museum of Fine Arts will be moved into the building of the Stock Exchange. An architectural project was created, which highlights the potential for adaptation of halls for permanent and temporary exhibitions of the museum. The realization of the project is to be completed in 2020. 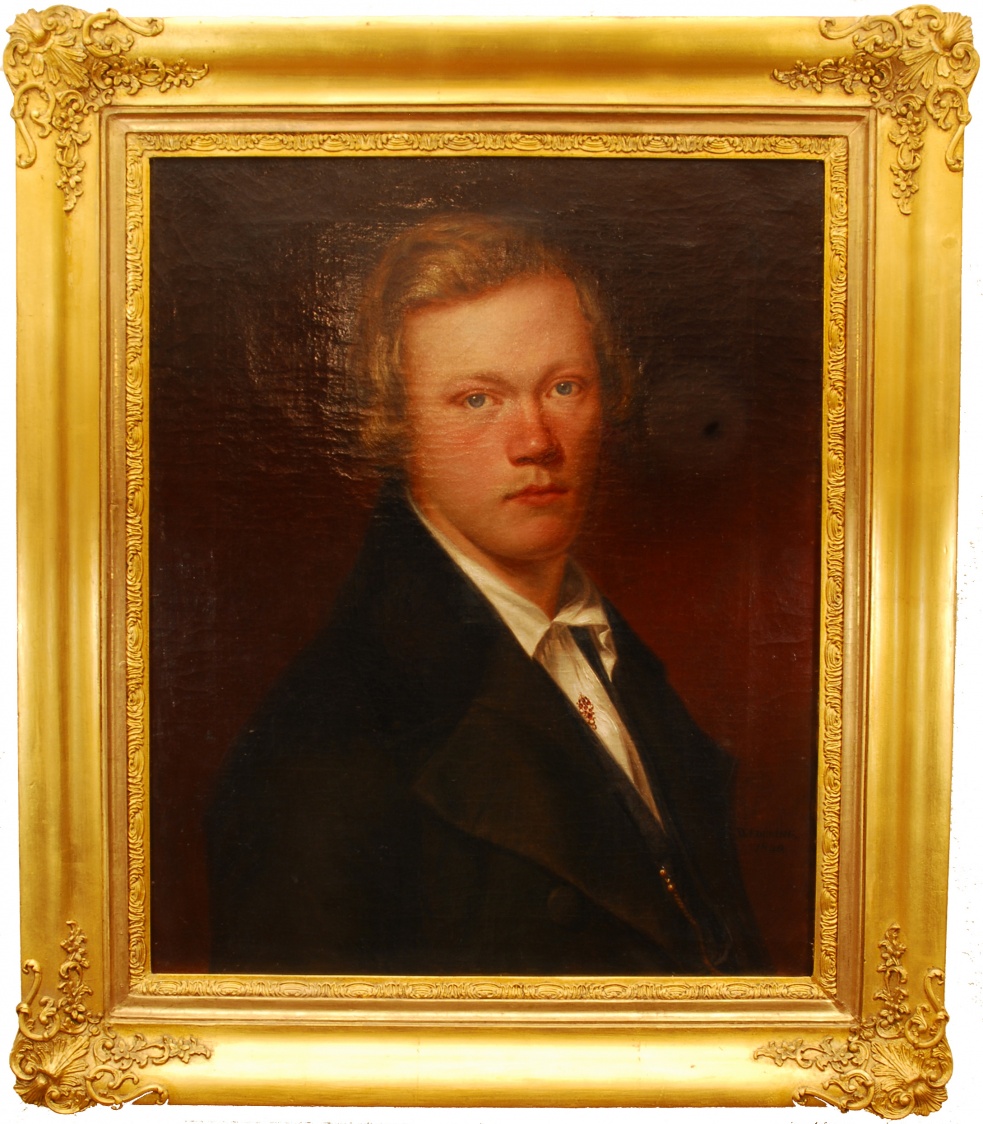 Heinrich (1819, Bremen-Oberneuland – 1890, Bremen) – a significant architect from Bremen, Germany, was an author of the Königsberg Stock Exchange building that was designed by him in 1870 -1875.

He was born in German town Bremen, where he was trained as a bricklayer. Then he studied in Munich for two years and afterwards at the Berlin Academy of Architecture, where he worked under the guidance of the architect H. Strack. After his graduation from the Academy, Müller worked in Hamburg, where he received his first individual orders. Müller returned to Bremen in 1849 and immediately received a large order from the Emigration Centre of Bremerhaven to design an impressive building in the neo-Renaissance style. From that moment he became famous and started to receive numerous orders. From 1848 to the 1890s he designed about 40 private and public buildings. He mainly worked in the neo-Gothic style, but he also appreciated the style of late Classicism and neo-Renaissance. In 1864 Müller designed a building of the New Stock Exchange in Bremen in the neo-Gothic style. He had a good knowledge of the architecture of the Hanseatic towns, so he was given a priority when the Königsberg Chamber of Commerce was choosing an architect for building of the new Stock Exchange that he designed in 1870 -1875. H. Müller turned to neo-Renaissance again and created a project for the facade of the Hillmann-Hotel in Bremen in 1890, that was his last architectural work. Most of the public buildings that he designed were destroyed during the Second World War and only the Königsberg Exchange was restored without significant changes of its facade.

From 1868 and until his death, he was a head of the Association of Artists in Bremen, founded in 1856. The architect died in 1890 and was buried in the cemetery Riensberg in Bremen. 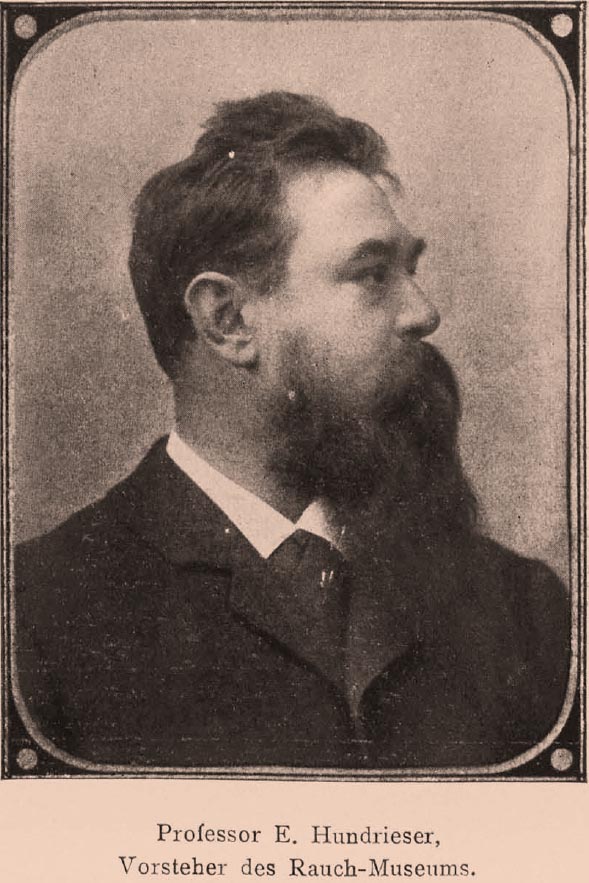 He was born in Königsberg in 1846. In 1865 - 1868 he was trained at the workshop of R. Siemering at the Prussian Academy of Arts in Berlin, upon completion of his study he continued working at the workshop of his teacher. Creative manner of Hundrieser was influenced by R. Begas - a well-known German sculptor, a representative of the neo-Baroque of the Berlin sculpture school. Before settling down in Berlin, Hundrieser traveled in France, Belgium and Austria. He created many statues for squares and public buildings in such major German cities as Berlin, Frankfurt on the Main, Magdeburg, Lübeck.

In 1875, Hundrieser created symbolic sculptural groups of four continents: Europe, Asia, Africa and America for the Stock Exchange building located in his hometown of Königsberg, which were placed on the roof and lost after the Second World War. It is expected that these sculptures will be recreated during the restoration work of the Stock Exchange building. Two sandstone figures of lions-shield bearers were located on the central staircase of the building. They survived to the present time.

In 1892, Hundrieser became a member of the Prussian Academy of Arts, in 1895 he received the title of professor. Emil Hundrieser died in Berlin in 1911. In memory of the outstanding merits of the sculptor, one of the Königsberg streets near the Stock Exchange building, in the area of the Königsberg port was named after him.